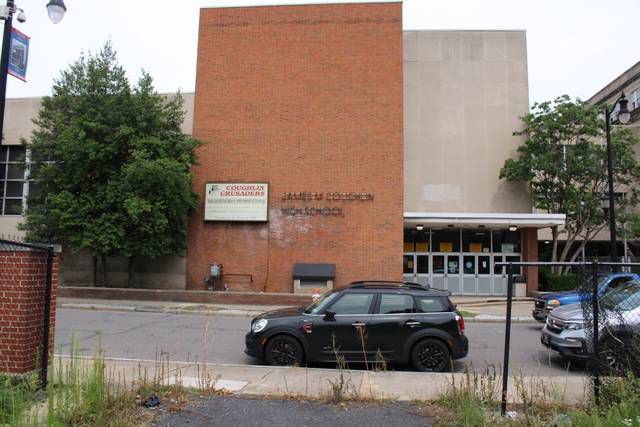 WILKES-BARRE – The old Coughlin High School could once again be filled with students if the city’s Zoning Hearing Board approves Cheder Menachem Inc.’s request to relocate from Luzerne.

The private Jewish school on Parry Street has requested an exemption to operate a day care center and a special exception to change the improper use of the new section of Coughlin to a religious school of a public school.

The request is on the agenda for the next public council hearing scheduled for 4:30 p.m. on August 18 in the City Council Chamber on the fourth floor of City Hall.

Messages left on Wednesday with Cheder Menachem and the Wilkes-Barre area school district, which owns the property on North Washington Street, were not returned.

The district approved the sale to New York developer City Mills LLC in January for $ 1.65 million. The Coughlin property, consisting of the newer annex, the original building, an adjacent lot and a small lot across the street, would no longer be needed as part of the district’s plans to to consolidate it with the Meyers and GAR secondary schools. Later this month, the district will host a ribbon cutting ceremony for Plains Township’s new high school.

The oldest and original section of Coughlin was closed in 2016 after the district declared it unsafe. Classes were split between the new annex and the renovated Mackin Primary School in the city’s East End.