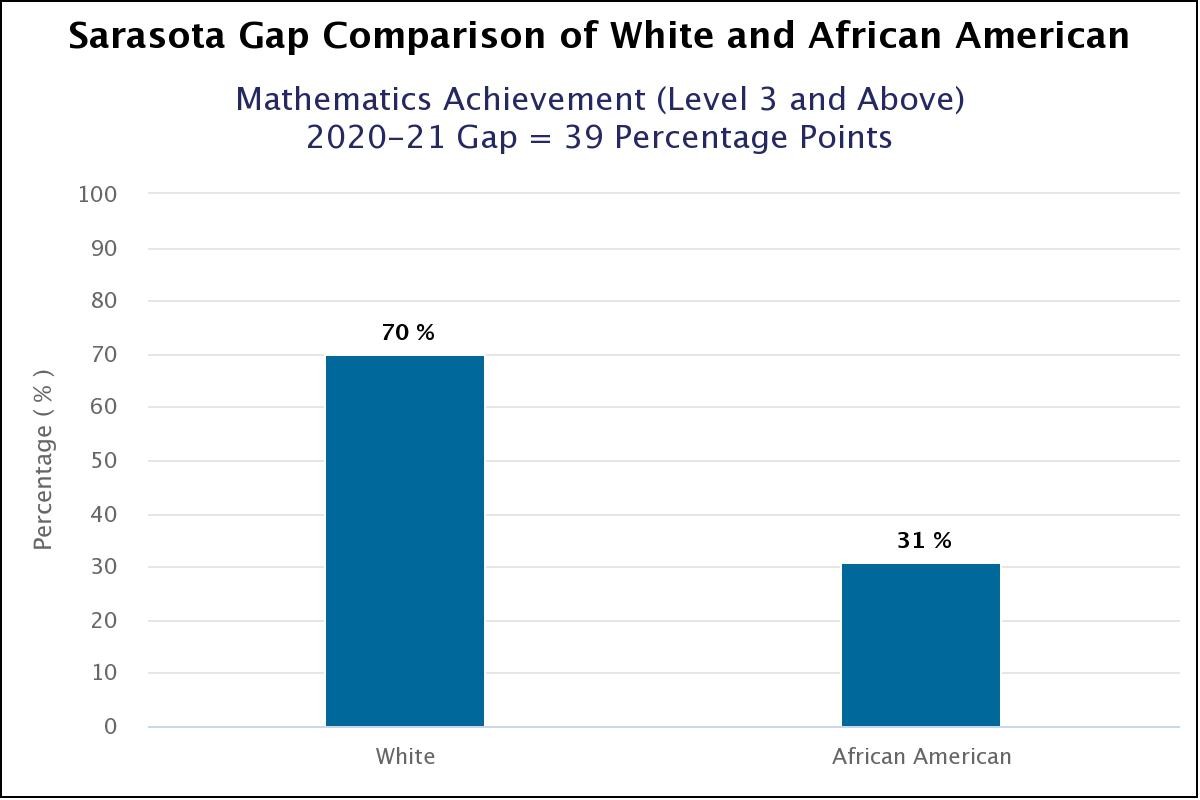 District and school scores are released to schools across the state of Florida. It’s a unique ability to compare school districts and schools and understand where we stand. Although COVID has put a hiccup in the way these scores are used and there are no letter grades for most individual schools, we can still compare the data points.

The good news is that we are still an “A” school district and that grade is important to maintain. But we barely keep that grade by the skin of our teeth.

A five-year review gives us four years of data to review, with one year missing due to COVID. We had been on the rise since the 2016-17 year, showing improvements in our ranking, our “Total Points Earned as a District” and our “Percentage of Total Possible Points” through the 2018-19 year. There was no data due to COVID for the year 2019-2020.

But now we have data for last year, the year 2020-2021, and it’s troubling. It is the “Percentage of Total Possible Points” that tells us if we are an “A” district. Unfortunately, we are only 2 percentage points away from becoming a “B” district. We suffered a 4% decline from the 2018-2019 year and have fallen from the third-best school district in the state to now the sixth-best.

We are seeing more metrics in our schools fall after experiencing a positive rise. Our graduation rate has dropped by one and a half points after trending upwards since 2016-2017. Although we’re doing better than the state average, our math learning gains overall have taken a hit, dropping more than 15 percentage points over two years. This is a terrible fall for our children. Black/African Americans saw a staggering 17.7% loss in this area.

This disturbing number on math gains led me to take a closer look at the achievement gap in Sarasota County in math, and I was horrified by what I found. The math achievement gap in Sarasota County is 39 percentage points. yes one 39 dots difference between whites and blacks. Our differential problem is worse than the statewide problem by five percentage points.

English is just as bad; there is a 35 point achievement gap between whites and blacks in English. Our English achievement gap in Sarasota County is six percentage points lower than the statewide gap.

To make matters worse, the state maintains a list of the 300 worst performing schools in the state and we have one school on that same list, Booker Elementary School. That’s right, here in Sarasota County we have an underperforming school. While schools had to register for grades, Booker technically didn’t get an official grade. But if they had, it would be a “D” if you look at his percentage of total possible points.

Finally, we have two unofficial “F” schools, schools that fail our children. Wilkinson Elementary School also did not receive an official grade, but is now an “F” school if you look at the percentage of possible points, dropping two grades from a “C” school in 2019. The school at charter Suncoast School for Innovative Studies also received an unofficial “F,” down from a “C” in 2019.

This cannot go on.

As a community we shouldn’t accept this and we shouldn’t accept excuses because there will be plenty of them. I hear all the rationalizations already: COVID, angry parents (who should be angry by the way), “look here not the numbers”, etc. By the way, Sarasota faced these same issues as the three school districts that came before us.

No. We should reject all justifications and hold this majority school board accountable for failing our children. They have complete and complete control over their meeting budget, policy and agenda. There is no one to blame other than the image in their mirror. It’s time they stop waging war on parents, the governor and the legislature and take meaningful action in academics. We cannot afford to lose this generation.

Christine Robinson is Executive Director of the Argus Foundation.