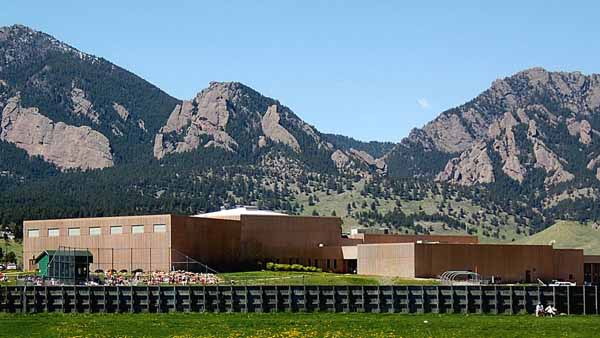 BOULDER, Colo. (KDVR) – Federal lawsuit against Boulder Valley school district and one of its principals alleges Fairview High School has created a “sexually hostile culture where tolerance of sexual violence is expected and potential offenders are encouraged to perpetrate other students. “

The complaint was filed on Friday by two women – who used pseudonyms – who each said they were raped by the same student between 2016 and 2018.

Federal complaint accuses district of allowing Fairview High School to create a “toxic culture that includes instances of overtly sexist comments made by principal and other administrators, a demonstrated tendency to ignore reports of abuse sexual abuse, comments from disbelieving administrators and minimizing survivors’ reports of rape, not reporting child sexual abuse to law enforcement, interfering with law enforcement investigations, and intimidating staff who wish to fight against sexually hostile culture.

Closure of I-70 could make your errands more expensive

The problem solvers reached out to district leaders, the principal and members of the Boulder Valley School District Board of Directors for comment and a response to the lawsuit.

The district issued this statement:

The Boulder Valley School District is aware of the federal Title IX lawsuit filed today. There will be a time and place to dispute the facts and allegations, but we cannot comment on pending litigation. BVSD remains committed to protecting our students, preventing and combating sexual harassment and discrimination, and creating safe and healthy learning environments in our schools.

We are actively engaged with our students, families, staff and community partners to address equity issues, including Title IX protections against sexual and gender-based harassment and discrimination. During the 2020-2021 school year, the BVSD adopted new policies in line with new Federal Title IX regulations, provided training through MESA and Blue Sky Bridge to staff, students and families, and launched a program
Title IX Advisory Council. This year, the school district added a Title IX coordinator position, expanded training requirements throughout the school district, and will continue the work of the advisory board, especially to raise the voice of our students.

We know that allegations like the ones made in the lawsuit are difficult for our students, families, staff and community. We invite our students and staff to let us know if you need additional support, and have shared many resources on our website, bvsd.org/helpforstudents.

The 30-page federal complaint alleges that school officials have repeatedly ignored the seriousness of the sex crimes reported by the female students, including three rapes allegedly committed by the same student.

The complaint accuses the school of “fostering an environment of fear and gender discrimination” and “failing to adequately train students and staff on sexual abuse and consent.” In doing so, the lawsuit alleges that the school violated the Federal Education Amendment, Title IX.

Title IX is a federal rule that prevents discrimination based on sex in educational programs that receive federal funding.

One of the plaintiffs said that a second grade boy from school pushed her into a closet at a party during the 2016-2017 school year and “had her perform oral sex on him”. The federal lawsuit accuses the boy of refusing to let the girl go and says: “He then raped her vaginally while she begged him to stop.”

“Operation Unicorn”; 2 arrested, one at large after spate of crimes causing $ 115,000 in damages in Boulder County

The lawsuit referred to other alleged sexual assault and rape and alleges that high school administrators failed to initiate a Title IX investigation into the case.

The complaint also cites an incident during the 2017-18 school year when complainants alleged that a student reported sexual assault and harassment by another student during school hours.

“The student inappropriately grabbed the student in the hallways, made sexual contact with her without her consent, and even exposed himself to her in class,” the costume said.

The federal complaint alleges that the school failed to report the incident to law enforcement and that an administrator was charged with failing to report child abuse or neglect.

However, research in the Colorado court system shows that the misdemeanor charge was dismissed by the district attorney.