George Washington senior Donavan Howard heads to the end zone in the first quarter of GW’s game against Bassett on Friday night. 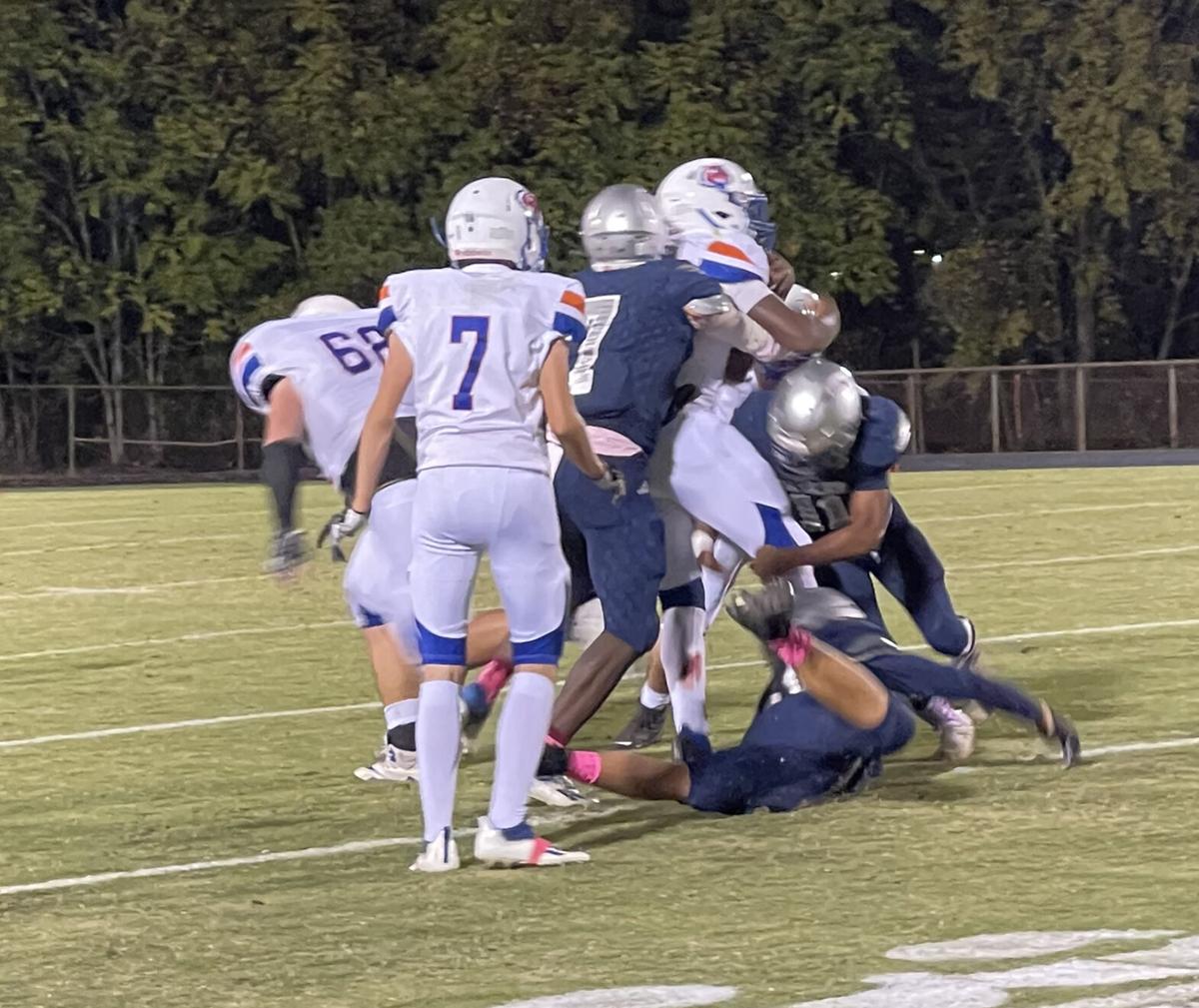 Friday night, GW-Danville and Bassett were at No. 1 and 2 in the Piedmont district standings. Both on great winning streaks, with each team having a ratio of around 3: 1 in the points for and points against categories.

Friday’s game held firm, with the Eagles winning 21-7 at Danville.

In the first quarter, Bassett was walking the field when quarterback Ja’Ricous Hairston searched for his wide receiver in the end zone and was intercepted by GW’s Jakobe Dixon for a touchback.

GW would win a first down before two back-to-back stops from the Bassett defense force a punt on 4th and 20, and Bassett would take the ball off his own 28-yard line.

Each team would trade scoreless discs to complete the first quarter.

To start the third quarter, the Eagles started off their own 27-yard line. Two games later, Eagles QB Jeb Byrnes would find Donovan Howard for a 29-yard touchdown pass to give the Eagles a 14-0 lead.

Bassett opened his own 25 on the next drive, and Simeon Walker-Muse would start with an 11-yard rush.