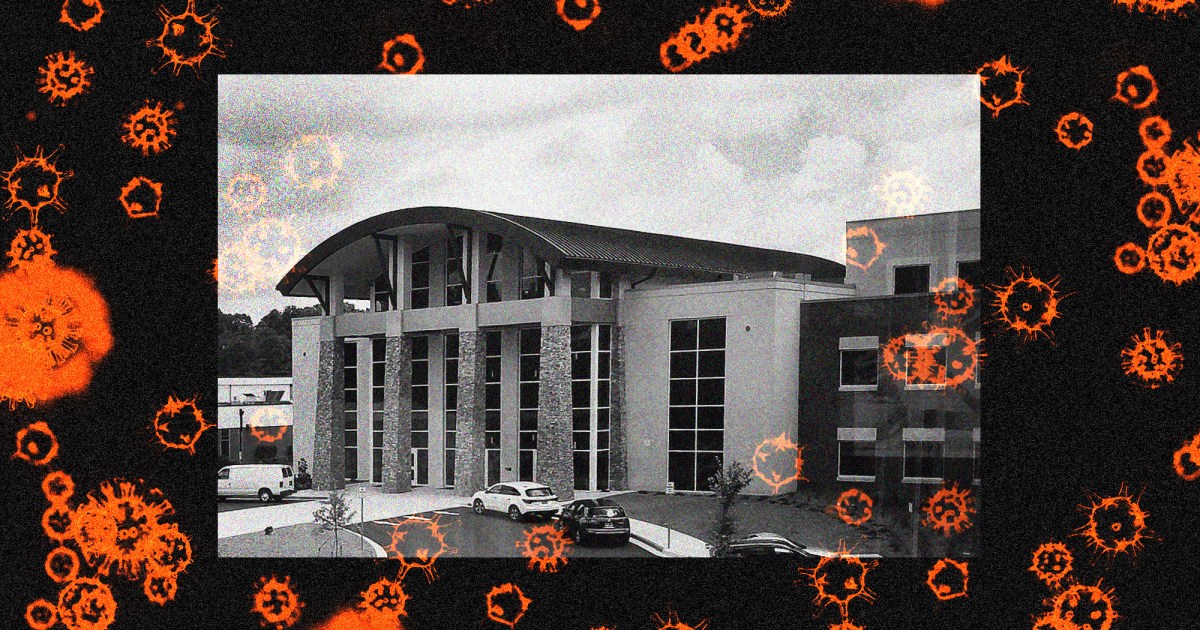 Fight disinformation. Get a daily recap of the facts that matter. Register for free Mother Jones bulletin.

On a very hot morning last week, Stacy Efrat drove to the parking lot at Walton High School in Marietta, Ga. To attend the freshman orientation with her 14-year-old son a week before the official start of the school year. As they made their way to the auditorium, they saw hundreds of parents and teens parading through a towering, state-of-the-art building with crisp landscaping and mulch so fresh it still stank. Efrat looked forward to this meeting. She was eager to learn more about the high school, one of Georgia’s finest, renowned for its rigorous academics, winning sports teams, and top-notch facilities.

As she joined the throng of families walking through the front doors, Efrat, a staunch advocate for COVID safety precautions at school, noted that only a few people wore masks. They would surely put them once inside the building. But when she sat down, her enthusiasm gave way to horror: she estimated that less than 20 percent of the participants wore masks. “I thought, I’m literally at a super-spreader event,” she recalls. “And I can’t believe that will be the scenario every day of the school year.”

“I thought, I’m literally at a super-spreader event, and I can’t believe that will be the scenario every day of the school year.”

Efrat’s prediction could come true as Cobb County School District leaders decided not to follow the government’s latest mask recommendations. Last week, the Centers for Disease Control and Prevention – headquartered just 20 miles in Atlanta – updated their guidelines on school masks in light of the highly transmissible Delta variant that has created a spike in cases. in all the countries. CDC advised universal masking in all schools, regardless of vaccination status. This guidance, the agency later announced, was based on new data showing that even asymptomatic vaccinated people can to transmit the variant. American Academy of Pediatrics approved the universal recommendation of school masking.

Since the release of the new guidelines, many U.S. school districts have changed their school mask policies for the upcoming school year from optional to mandatory. Yet federal recommendations cannot go further, as school districts are subject to guidelines from state and local health departments. Some districts, mostly in Republican-controlled areas, have taken what appears to be a political stance against the advice of the CDC. Last week the New York Times reported, lawmakers in Florida and South Carolina have announced that their schools will not follow the new guidelines; the Washington post reported that Texas Governor Greg Abbott has threatens to fine schools that require masks.

Georgia has not explicitly banned schools from requiring masks – and most Atlanta metro areas have reinstated mask mandates before the new school year, which begins this week in many districts of Georgia. Yet Cobb County schools COVID security plans are rare. The district recommends social distancing in classrooms and school buildings only “where appropriate and feasible.” There is no mention of temperature controls. School nurses can ask students with symptoms to wear masks at their “discretion,” but there are no plans for surveillance tests.

When I contacted Cobb County school administrators, they did not respond to my question as to whether any improvements had been made to the ventilation systems. – and a spokesperson did not specifically comment on the decision to keep masks optional or the district’s COVID prevention efforts. Instead, she pointed out that parents were given a virtual option for the upcoming school year. “It was important for the superintendent [Chris] Ragsdale that all Cobb families have had a choice between face-to-face and virtual classrooms for the next school year, ”she wrote in an email. Still, a school board member noted that parents were asked to decide last spring whether they wanted their students to enroll in an in-person or virtual school for the next school year. They are not allowed to change their mind, even with the recent increase in cases.

Cobb County’s jaded approach is not for lack of resources. Many of its 109 schools come from affluent neighborhoods where homes can cost $ 1 million or more and property taxes are high. At Walton High School, for example, only 4 percent of students are economically disadvantaged. Walton’s Mighty foundation, whose funds come from fundraising and auction campaigns to which affluent families contribute, has helped hire more teachers to reduce class sizes, and funded online SAT preparation courses for students, among other initiatives.

Throughout the pandemic, parents in wealthy and conservative enclaves, from Orange County, California, To Collier County, Florida– were leaders in the anti-mask movement. Some community leaders fear that the disproportionate influence of well-off parents in reducing mask requirements will end up hurting those who have suffered the most from the effects of the pandemic. Indeed, solid data shows that low-income people and communities of color are more likely to experience severe cases of COVID and die from the disease than their wealthier white counterparts. In several places, local chapters of the NAACP are fighting against optional mask policies at school. In Jacksonville, Florida, for example, the local NAACP wrote in a letter to the school board, “Too many younger, lower-income southerners are most at risk. ” A petition inspired by the letter has over 2,000 signatures.

“Too many younger, lower-income Southern parents are most at risk. “

Tre Hutchins, a member of the Cobb County Board of Education, is concerned that the poorest students in his district bear the brunt of decisions made by wealthy parents. “These factors are hurting us because more parents would use the virtual options, but it is not currently available for registration,” he wrote to me this week.

Near Cobb County, some districts where resources are scarce have made investments to protect students from COVID. In Atlanta Public Schools, where three-quarters of the more than 52,000 students are economically disadvantaged, the school district plans to conduct weekly monitoring tests for students and staff. About 70 percent of students in neighboring DeKalb County are economically disadvantaged, but the district has invested in improving ventilation in some schools. US Secretary of Education Miguel Cardona go around an elementary school there last week to see its improved HVAC system.

Patty Priven Murphy, a Cobb County mother of two, said she was angry at her district’s “reckless and irresponsible” disregard for the safety of students. She worries about the return of her children – one of whom, at 11, is too young to be vaccinated – with classmates and unmasked teachers. Murphy is also worried about herself: she is immunocompromised and she fears that one of her children could bring the virus home from school. “I could get really, really sick,” she said.

Yesterday, local media reported that several families who attended open houses at two elementary schools in Cobb County last week tested positive for COVID-19. Participants Recount Fox 5 Atlanta that almost no one at the events had been masked.

As Cobb County schools open for the first day of school this week, Efrat is feeling increasingly nervous about the threat of COVID-19 in a largely mask-less environment. She is baffled by the choice of many of her neighbors to forgo masks, even if the variant threatens to prolong the pandemic. “You walk into a place full of probably the most educated people in the area, but people don’t take expert advice,” Efrat said. “I literally lose sleep over it every night.”